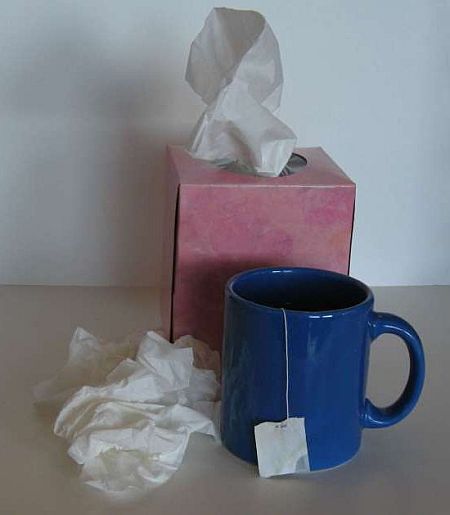 Viruses are so small that you can fit more than three trillion on the surface of a penny.

Viruses are everywhere–scientists have counted over one billion in a teaspoon of seawater or natural water, or at least 10 million per drop of seawater (Parsons R et al, Ocean time-series reveals recurring seasonal patterns of virioplankton dynamics in the northwestern Sargasso Sea, The ISME Journal, August, 2011).

The good news is that relatively few viruses are harmful to humans.

Still, those harmful viruses are hard to fight because of their size and because they keep changing.

But they are not harmful until they get past the cell wall and are inside a living cell where they can replicate.

Both black and green tea act against cold flu viruses

One amazing result is that 90% of the mice receiving tea did not even form antibodies to the viruses. They were exposed to the virus, but not only did they survive, but for their immune system, it was as if the exposure had never happened.

The black tea used was at “cup of tea” strength (Nakayama, Inhibition of the infectivity of influenza virus by black tea extract, Kansenshogaku Zasshi, July 1994).

Cold and flu viruses are spread through the air and by touch. Keep reasonable barriers and wash your hands frequently. Consider a flu vaccination if appropriate.

Another way to help defend yourself against cold flu viruses is to protect your immune system. Keep your immune system strong by eating healthy food rich in vitamins, minerals, and other nutrients, getting sufficient rest, exercising daily, stopping smoking, and managing stress.

And explore all the health benefits of green tea.

Sign up for free subscription to the Green Tea Health Newsletter here:

Was this page on cold-flu helpful? Here's more health info